Mexico (South of Sea of Cortez)

We’re trying to keep these blogs as simple to write as we can, so to fill in any missing pieces, please find our day-by-day route at the bottom of this post. It’s almost copied straight from our log book (thanks Cynthia!)

Some of our best (and worst) stories:

Anne’s technology issues: “Ohhh poor Anne” has been the mantra of much of this trip. Anne’s got a bank that keeps marking her card with fraud, and a cell phone company that won’t let her transfer her calls to her new Mexican sim, a Mexican sim that won’t give her internet like it’s supposed to, various other devices that won’t give her internet like they’re supposed to, Google Voice and Skype accounts that won’t communicate with her, and a crazy calling system in Mexico that makes it extremely difficult to make a simple call home. She is a trooper though. Powering through all with grace and finding ways not to let all of the nonsense get to her. We say she’s got a tech curse. We hope somehow the Pacific lifts it for her and she’ll come out all new in the Marquesas.

Isla Isabel: For Jeff, Emma and Josh’s first sail, we went big. We crossed from Mazatlan to beautiful abandoned Isla Isabel in an all-night crossing that lasted about 16 hours. We arrived exhausted, but happy to be there. We stayed anchored off of this tiny island for 3 days, snorkeling and observing the thousands of birds flying overhead. Diana especially was excited about the “Magnificent Frigets” (which are apparently more magnificent than their poor cousins, the “Lesser Frigets”) and the blue-footed boobies (and the red-footed, and yellow-footed ones too). This is the kind of place that is the reason we’re on this adventure – a place that would otherwise be difficult to get to – away from all the hustle and bustle, and engulfed in natural wildlife.

San Blas Jungle Tour: We stopped in San Blas after Isla Isabel because it is known for a spectacular jungle boat tour, that didn’t disappoint. Driving in a ponga (a long wooden boat) by our local guide through thick mangroves, we got to see a plethora of different types of birds, along with turtles, colorful iguanas, aaaaand…. Crocodiles.

San Blas Mosquitos: Howeeeeever, San Blas is also known for its mosquitos and “no-see’ums.” We were prepared, with plenty of bug spray and bug lights for the boat. But we made the mistake of going out to dinner on the beach at dawn, and despite our spray, they. just. attacked. us. Our waiter amazingly burned a coconut shell next to us, which deterred a lot of them… but not all. The winner of the contest for most bites was Emma, with something around 250. We were scratching for weeks.

Water adventure in Puerto Vallarta: Captain Diana is alwaaaays a diligent worker. So while Anne was off at the Marriott dealing with her tech issues, and Emma and Josh were also at the Marriott….(but drinking pina coladas by the pool….), Diana was cleaning our water filters on the dock. In a terrible twist of events, one of the filters dropped in the water (without which, the boat would not have been able to continue). Diana, being the dedicated captain that she is, reached for it as swiftly as she could, diving her hand deep beneath the water. But she was too forceful, and the filter too deep, and....she fell in. Poor Diana was then stuck in the mucky marina salt water, fully clothed for about 10 minutes, screaming for help, and trying to hoist herself up onto the high docks (with no ladder). At home, they have laws about there being ladders on docks like these… here not so much. She was finally assisted by the security guard at the dock (who ever so kindly also found us a diver to get our filter). She was OK, but had some cuts on her leg from the dock. While she was nursing her wound, someone came to tell her she needed to check into the marina immediately, because the office was closing. So fatigued, she made her way there. But on the way….she saw something in the water that she was veeeeeerrrry glad she hadn’t known about 20 minutes earlier. A crocodile. She saw a crocodile. It was on the other side of the marina – probably a few hundred feet from where she fell in.

Crossing the cape: After a fabulous day trekking the jungles and waterfalls of Yelapa, we were tired, but ready for our 15 hour journey around a difficult cape to Bahia Chamela the following day. But right as we were getting settled for bed, we noticed the waves growing bigger and bigger. When you have waves like this at anchor, it is extremely difficult to sleep. Imagine someone pushing you back and forth across your bed the whole night. So we opted to pull up the anchor and just go.  We pulled an all nighter, taking 3 hour shifts at the helm while the other two crew members attempted to half-sleep. We arrived in the morning exhausted and disheveled, but with the reward of perhaps the most beautiful sunrise of the trip thus far.  It rose right over the ocean. We can’t wait to see more of these during our Pacific crossing!

Bahia Tenacatita dinghy trip: Bahia Tenacatita is a favorite among boaters, and we can see why. The most popular anchorage is at the start of a 2 mile estuary that leads to a little lagoon. You can dock your dinghy there, and walk a short distance to a beautiful beach with a snorkeling area known as “The Aquarium.” We took the journey, finding it difficult to navigate the tiny water road without bumping into all the mangroves. But it was beautiful, and similar to the tour in San Blas – crocodiles and all. The Aquarium proved worthy of its name as well – the best snorkeling so far!

Stuck in Barra: This wound is still a little too fresh, as we are still stuck in Barra as I write. Our first “crisis” of the trip, an alarm went off after we left Tenacatita warning us that our batteries weren’t charging properly, meaning there was probably a problem with our alternator. Thankfully, the engine still worked, but we needed to figure out the issue, so we docked at a marina in Barra de Navidad instead of going to Melaque as planned. Alternator issues are often pretty simple to fix, so we thought it would be a day or two max…but here we are a week later. I won’t go into the boring details of the issues (ask us if you’re curious!), but with a mechanic we weren’t sure we could trust, for most of this week, we weren’t sure whether we’d be leaving tomorrow, or in a month. It was stressful at times, and we were sad to be giving up the time for exploration, but it came with it’s benefits too. The marina is part of a resort that was having a special, so the cost to dock wasn’t outrageous, and we got access to the beautiful pool,  fancy hotel lobby (where I write you from), and free yoga courses twice a day. Plus the town of Barra is adorable. There’s even a French pastry shop that takes it’s pastries by ponga directly to your boat each morning. It was certainly a good place to find yourself stuck.

Our route:
Jan 1, 2019: Docked at Mazatlan – bigger city with a beautiful resort marina
Jan 2: Jeff, Emma, and Josh arrived. Erika and Jordan Departed. Diana’s birthday dinner at a nice Mexican restaurant with giant margaritas!
Jan 3: Spent day at the pool in Mazatlan waiting for the weather to clear.
Jan 4: Departed on over-night trip to Isla Isabel. Saw phosphorescent dolphins in the dark, and lots of whales. Sailed most of the way.
Jan 5: Arrived Isla Isabel in the morning. Full day at anchor, sleeping, snorkeling, and taking small dingy trips.
Jan 6: Full day at Isla Isabel - took a hike past a little lake and saw many frigate birds and blue footed boobies.
Jan 7: Departed for San Blas, spent a full day at sea. Anchored off the beach in the evening.
Jan 8: Jeff departed, full day in San Blas. Had dinner on the beach, and got eaten by mosquitos.
Jan 9: La Tovara Jungle Tour in the morning – spectacular! Saw lots of wildlife. Departed for Chacala in the afternoon and anchored in the evening.
Jan 10: Full day in cute Chacala, spent most of the day at the beach. Had pizzas and margaritas.
Jan 11: Full day at Chacala, birthday mimosas for Anne, massages on the beach in the afternoon.
Jan 12: Great day sailing to Isla la Pena. Anchored off the beach. Had a bow riding dolphin in route.
Jan 13: Snorkeling and dingy ride in the morning. Departed for Jaltemba in the early afternoon. Went to a busy touristy beach and had a nice dinner. VERY rocky that night at anchor.
Jan 14: Departed for Punta Mita, anchored in the evening.
Jan 15: Visited shore of Punta Mita in the morning, nice vegetarian lunch and then departed for La Cruz. Anchored in the evening.
Jan 16: Departed for Puerto Vallarta in early afternoon. Docked at Marina Vallarta.
Jan 17: Full day in Puerto Vallarta. Anne went to the Marriot for internet. Diana fell off the dock and “swam with crocodiles!”
Jan 18: Full day in Puerto Vallarta. Josh departed. Trip to Costco.
Jan 19: Departed for Marina La Cruz at noon. Anne attended the “Women who sail conference”
Jan 20: Full day at Marina La Cruz. Visited the weekly market in the morning. Amazing lunar eclipse/blood moon at night.
Jan 21: Full day at Marina La Cruz.
Jan 22: Departed for Yelapa – a cute mountainous beach town. Arrived in the evening rain. Had some trouble with the mouring bouey.
Jan 24: Explored Yelapa - hikes to 2 different waterfalls. Lovely vegan lunch along the hike at a sweet expat’s house. Went back to the boat in the evening expecting to stay one more night, but left to go around the cape due to extremely rocky conditions.
Jan 25: Arrived in Chamela in the early morning. Spent all day in there. Had delicious ice cream bars, and had an adventure trying to get the dingy back to the boat. Poor Anne was sick and stayed on the boat.
Jan 26: Left the beach at Chamela to go to a nearby island. Took a little dingy trip and snorkeled.
Jan 27: Sailed to Bahia Tenacatita
Jan 28: Stayed the full day in Bahia Tenacatita. Took our dingy down the estuary, saw lots of crocodiles. Visited Playa Tenacatita and snorkeled at “The Aquarium”
Jan 29: Departed for la Manzanilla (small town in Bahia Tenacatita) in the morning. Went ashore and visited the crocodile reserve.
Jan 30: Departed for Melaque in the morning, planning to spend the night and drop Anne off. Voltage alarm went off – discovered our alternator wasn’t working. Went to  Barra de Navidad instead and docked at the marina.
Jan 31: Full day in Barra de Navidad. Called a mechanic who came in the afternoon. He took both alternators – one to a shop, and the other to try to find a new piece for it.
Feb 1: Full day in Barra. Mechanic tried a piece with our backup alternator, but it didn’t work.
Feb 2: Full day in Barra. Walked to Melaque for lunch at atms.
Feb 3: Spent the night at Jim’s place in Barra for a break. Watched the Super bowl at a local restaurant.
Feb 4: No word from mechanic yet – still stuck in Barra. Water witch and fridge both freak out at once.
Feb 5: Mechanic came with both alternators. Reinstalled our newly fixed one. We’re ready to go!
Feb 6: Tried to depart Barra, but discovered engine coolant was leaking. Called mechanic to fix it and stayed another day at the resort. 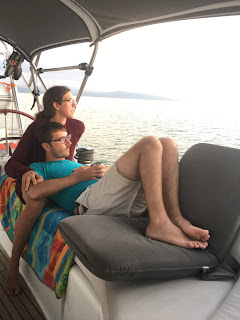 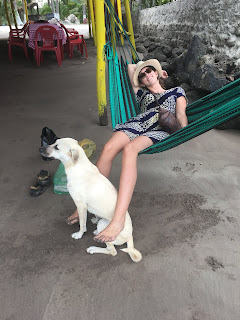 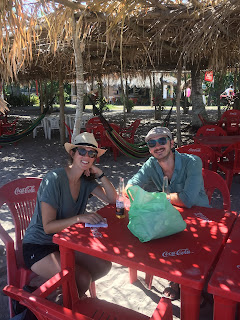 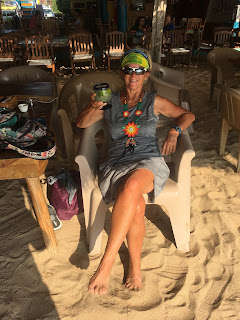 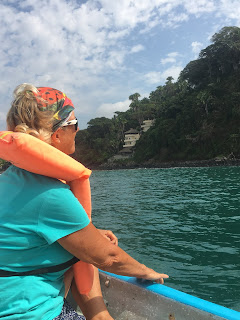 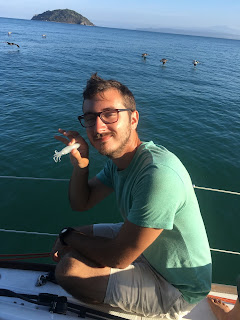 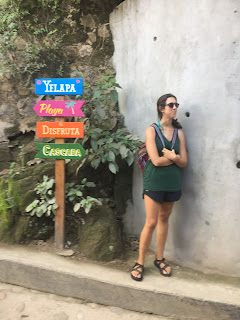 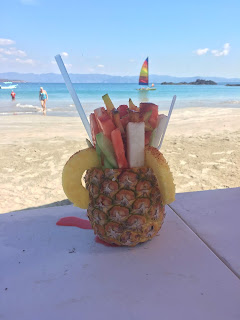 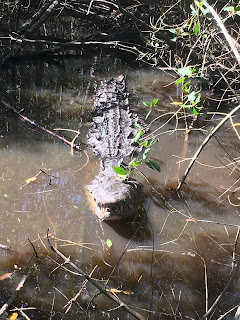 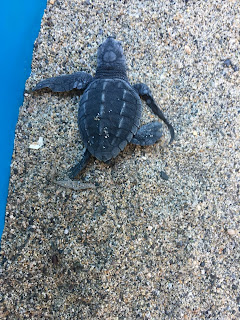