Friends, family, beloved followers of Arctic Loon’s adventure – thank you for your patience. Many of you ask what we do to pass the time living on a 45 foot sail boat. We asked ourselves the same thing before we embarked – bringing puzzles, board games, kindles, guitars, and…….dreams of starting a blog to share the adventure with all of you. But alas, spend a couple days exploring the sea, and you’ll discover that everything takes more energy than you’d think on the boat. We spend our travel hours navigating, hoisting the sails, watching the wind, watching whales, making plans for the next port, and occasionally sleeping. We sleep a lot on a daily basis (that is, when the waves aren’t rocking us too harshly).
So all of this to say, that despite Arctic Loon’s departure in September, this is our first (of probably very few, very short) full blog posts. Bear with us!

Arctic Loon’s Itinerary:
Arctic Loon set out from Poulsbo, WA, on August 31st, 2018, captained by co-captains Diana Trump (please excuse her last name… it’s not her fault) and Anne Alberg. We sometimes refer to Anne as various other titles such as our “Navigation and Safety Officer,” “Training Coordinator,” or “Salsa Making Manager.” In reality, all work is generally shared equally on the boat, but Diana (the badass owner of the boat) and Anne (an incredible sailing instructor who actually taught Diana a course roughly 10 years ago) are the two experts. They’re also the only two who have committed to the entire trip’s itinerary, which, is roughly as follows:
September 2018: Travel down the coast of Washington, Oregon as a part of the “Co-ho-ho”, a group of boats making the trip together.

October 2018: Travel down the coast of California.
November, 2018: Participate in the “Baja Ha Ha” – a group of 164 boats crossing from San Diego to Cabo San Lucas, Mexico (11 day trip without ever anchoring or docking.)
December, 2018: Travel through the Sea of Cortez visiting various towns along the way.
January – February, 2019: Travel the coast of Mexico south of the Sea of Cortez, and make our way back up to La Cruz (near Puerto Vallarta).
March, 2019: Cross the Pacific to the Marquesas Islands in French Polynesia (a 30 day journey) as a part of the “Puddle Jump” – a group of boats making the crossing.
April – June, 2019: Explore French Polynesia, making our way toward Tahiti, and then to the Cook Islands.
July – August, 2019: Cook Islands
September, 2019: Tonga
October 2019: Make the 10 day crossing from Tonga and arrive in New Zealand.

After that…. Who knows!

The crew
Anne and Diana are the only two “full time crew” on board, but so far, we’ve counted at least 10 (much-appreciated) others who have already come aboard to assist and enjoy the adventure. We’re currently preparing a separate post with highlights about each of them, but for now, fellow crew members, just know that you all have been an invaluable part of this journey and we are so grateful!
Currently, yours truly (Emma – Diana’s daughter) is the only other crew member aboard. My various titles include “First – mate,” “Technology Officer,” “Communications Coordinator,” and “Reader of text too small for Anne and Diana to read.” I arrived about a month ago in Mazatlan, and I’ll be on the boat until the end of May.

Arctic Loon is sometimes known as “The Girls Boat” by other boaters. It’s rare to find a boat with a female captain (let alone TWO), and no men aboard. We’re proud to be countering the stereotype that sailing is a man’s world. We often get praise for this, and don’t often encounter blatant sexism along he journey. However, sometimes we do feel like we’re constantly trying to prove our worth as knowledgeable sailors. Often when we need to ask a question (like everyone does in the sailing world – we all look out for each other), we think in the back of our heads “ugh, are they going to assume we’re a bunch of dumb girls who don’t know what they’re doing?” Occasionally, well-meaning friends will try to explain something obvious to us, and we have to wonder if they would have done the same with male crew members. We’ve had mechanics think they could get more money out of us because we’re women…  the list goes on. But all of this just makes us more empowered. We all agree that the most feminist approach we can take is to “not give a shit” what people think, asking as many questions as we can, and carrying on as any man would.

We hear many stories of men wanting to take off and sail the world, but their wives aren’t interested. We also commonly meet sailing couples where the man primarily is in charge of manning the helm, dealing with the engine, and hoisting the sails, while the woman is in charge of cooking, grocery shopping, cleaning, etc. This is far from everyone we meet (we’ve met lots of incredible women sailors who take charge of their boats), nor do we think this is bad in any way if those are the tasks both people genuinely prefer. But it seems to us that if it were more normalized for women to take the helm and learn the inner workings of the engine, they might be more interested in sailing. We’re proud to be “the girls boat” and hope to see more and more female captains in the future.

We’ve got a blog post about our journey in Mexico from January 2nd – February 6th aaaaalmost ready to go. But for now, with the limited wifi we’ve got, take a look at some photos from the journey in 2018: 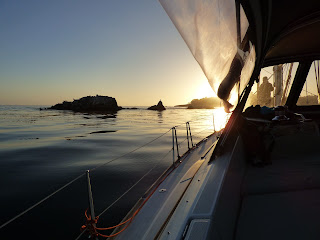 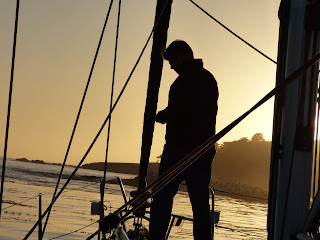 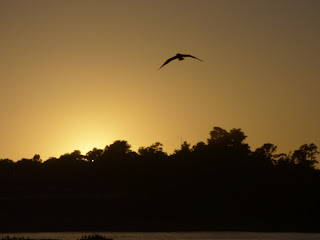 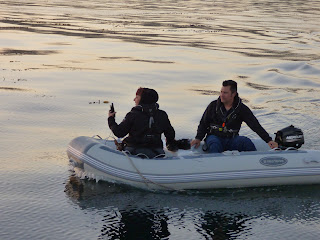 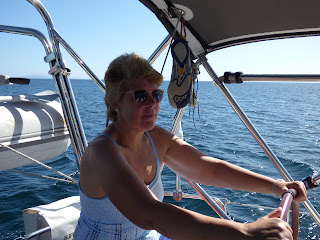 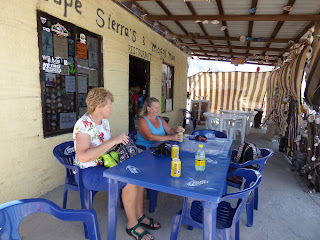 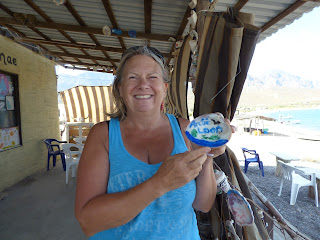 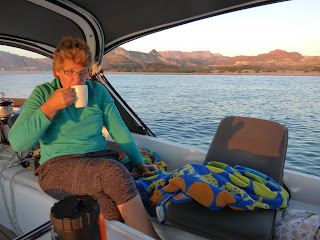 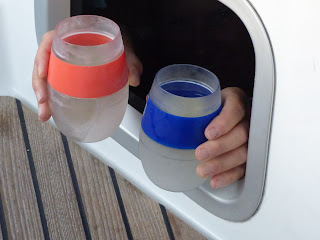 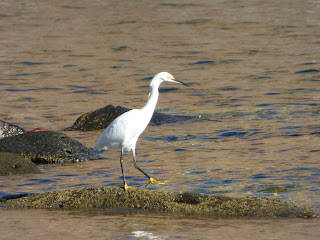 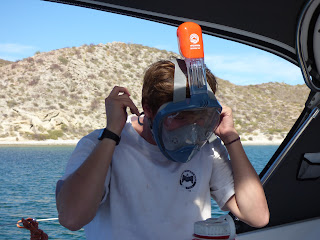 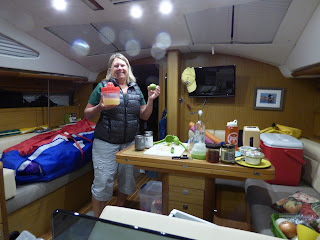 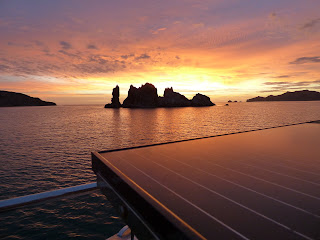 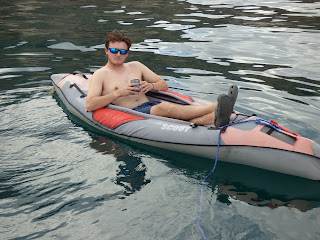 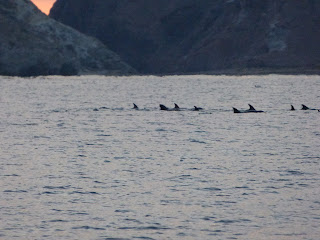 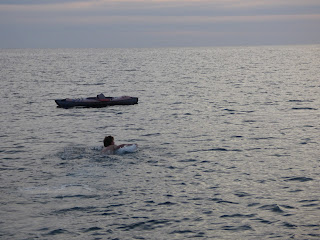 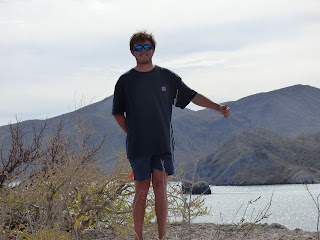 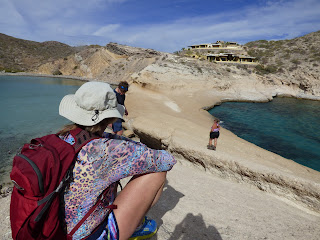 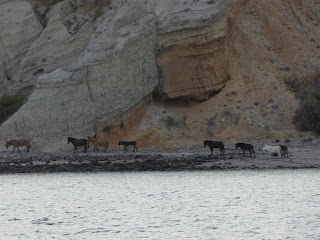 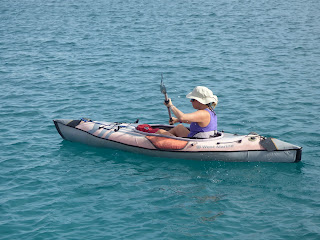 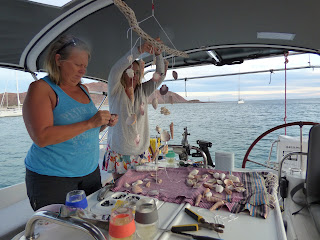